Another month of the Spice Trail is here and I've finally done my recipe!

This month's spice challenge was to make use of Paprika. You know, that pepper based powder which is used in a lot of Mediterranean and Middle Eastern cooking, if you're not using it? Why not!

My recipe is for Pork Stroganoff...famously for the use of Beef, but to keep it real I only had dice Pork shoulder.

Here is what you'll need

OK first off! Get your pork and season with all the Paprika and Cayenne Pepper, then season with Salt & Pepper! 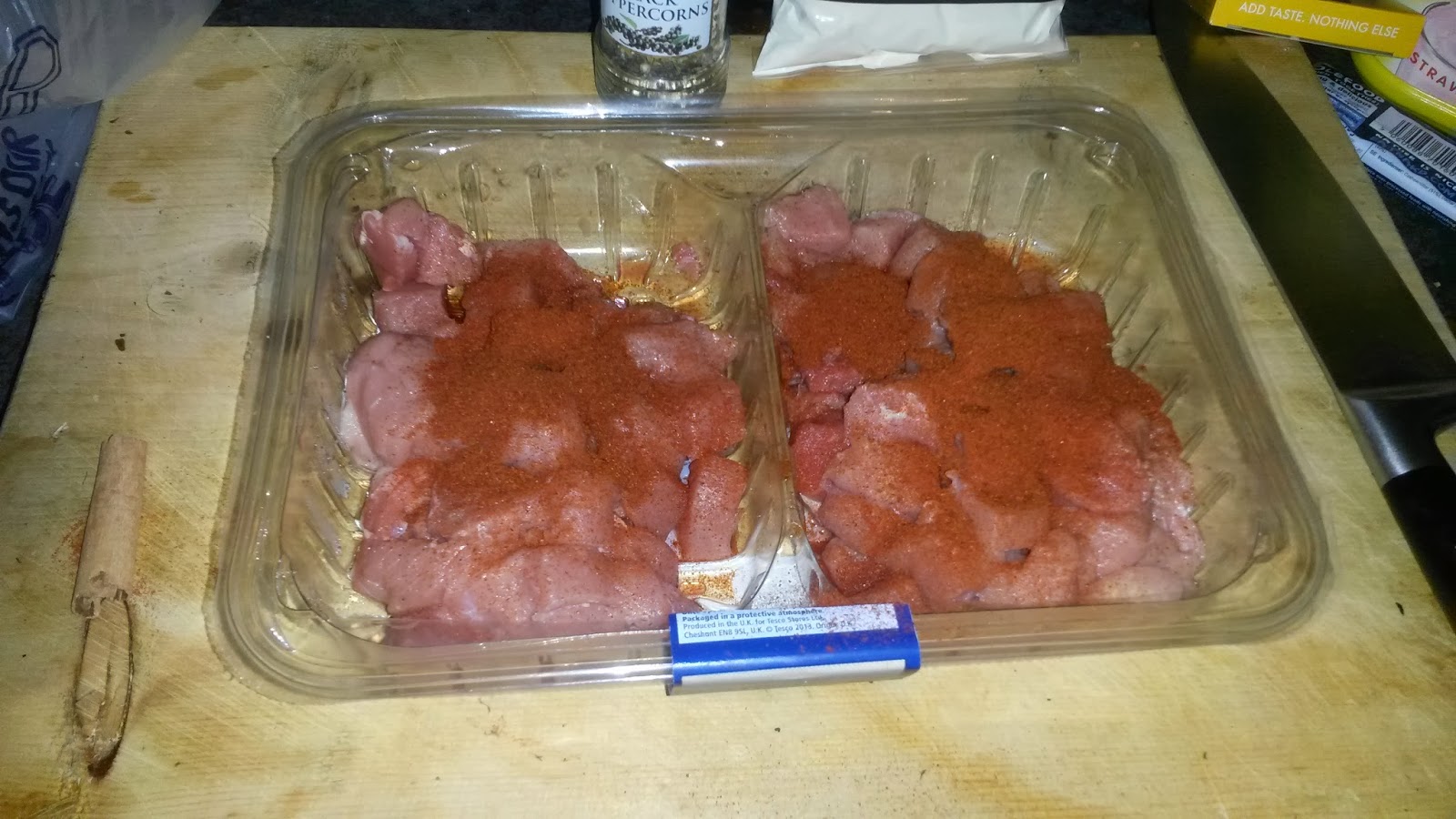 Then chuck the lot into a hot wide casserole pan and sear them off. Do this in batches if the pan isn't big enough? Point is you want them coloured...if it's over crowded you'll stew it 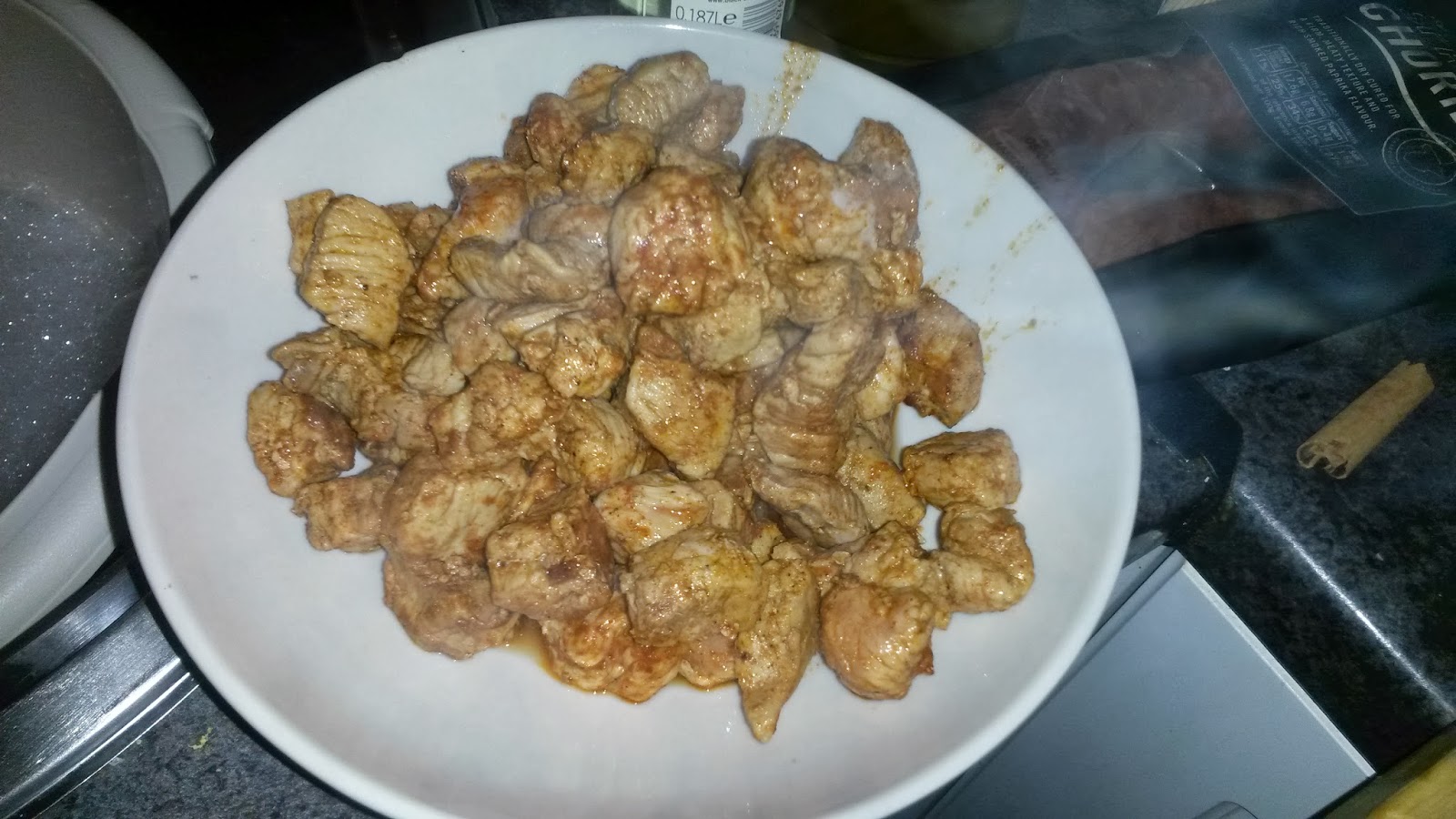 Once they are seared off, throw the red onions, the garlic and the cinnamon. 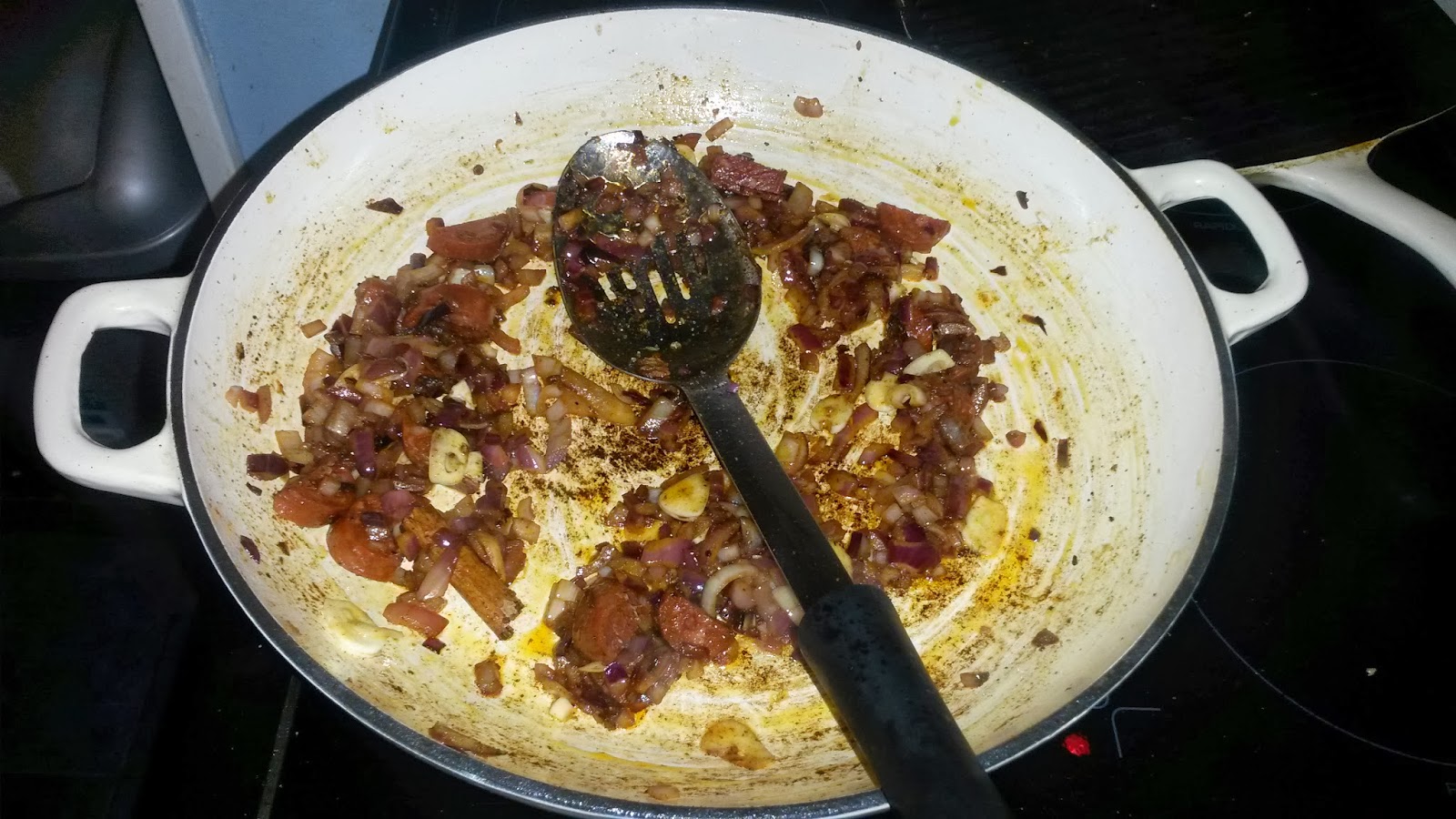 Slowly cook this off. If there is burn't bits of the pork, leave it! 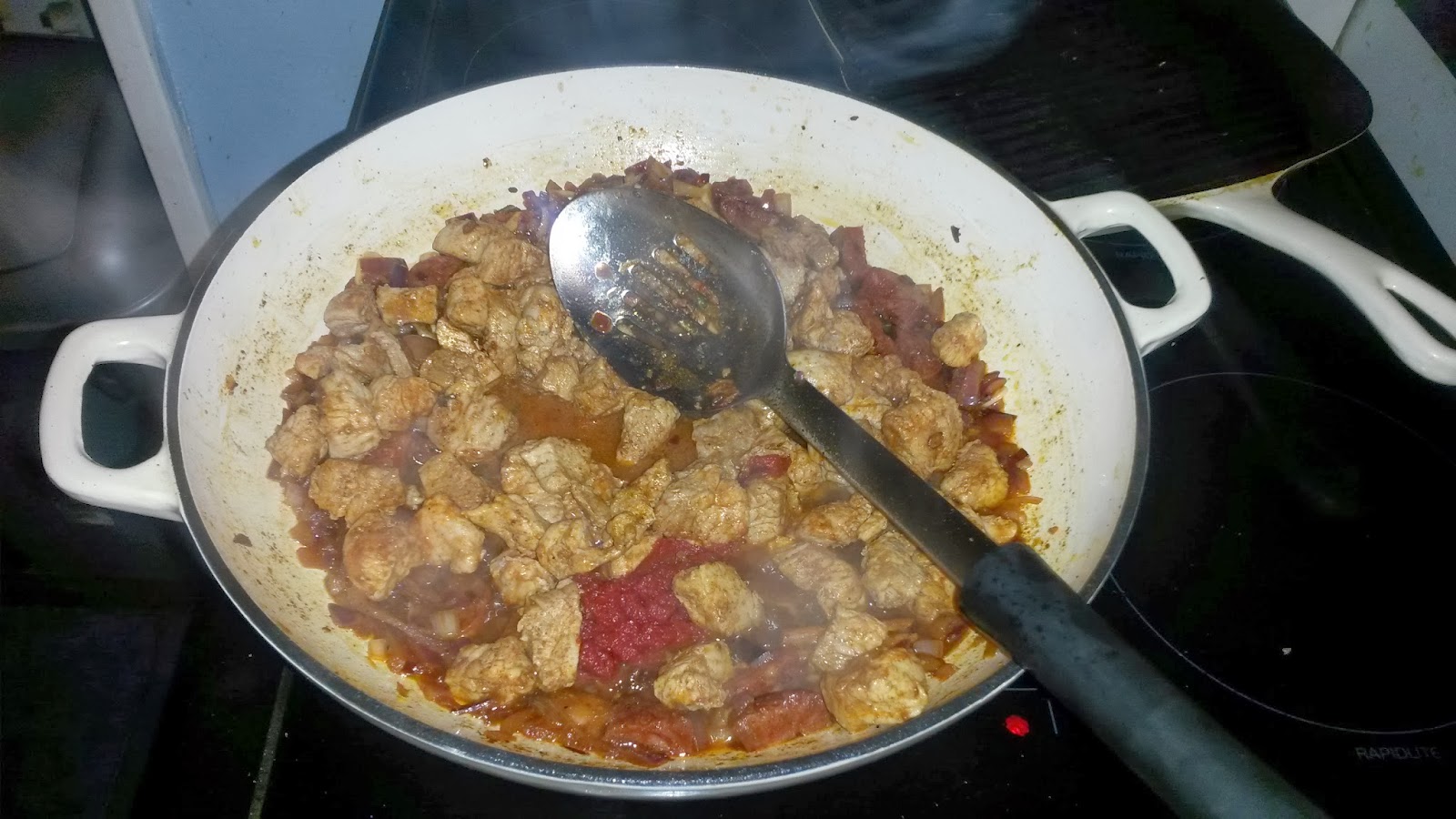 Then chuck the paste in and cook it out. Chuck the wine in and reduce. Then throw in the meat again. 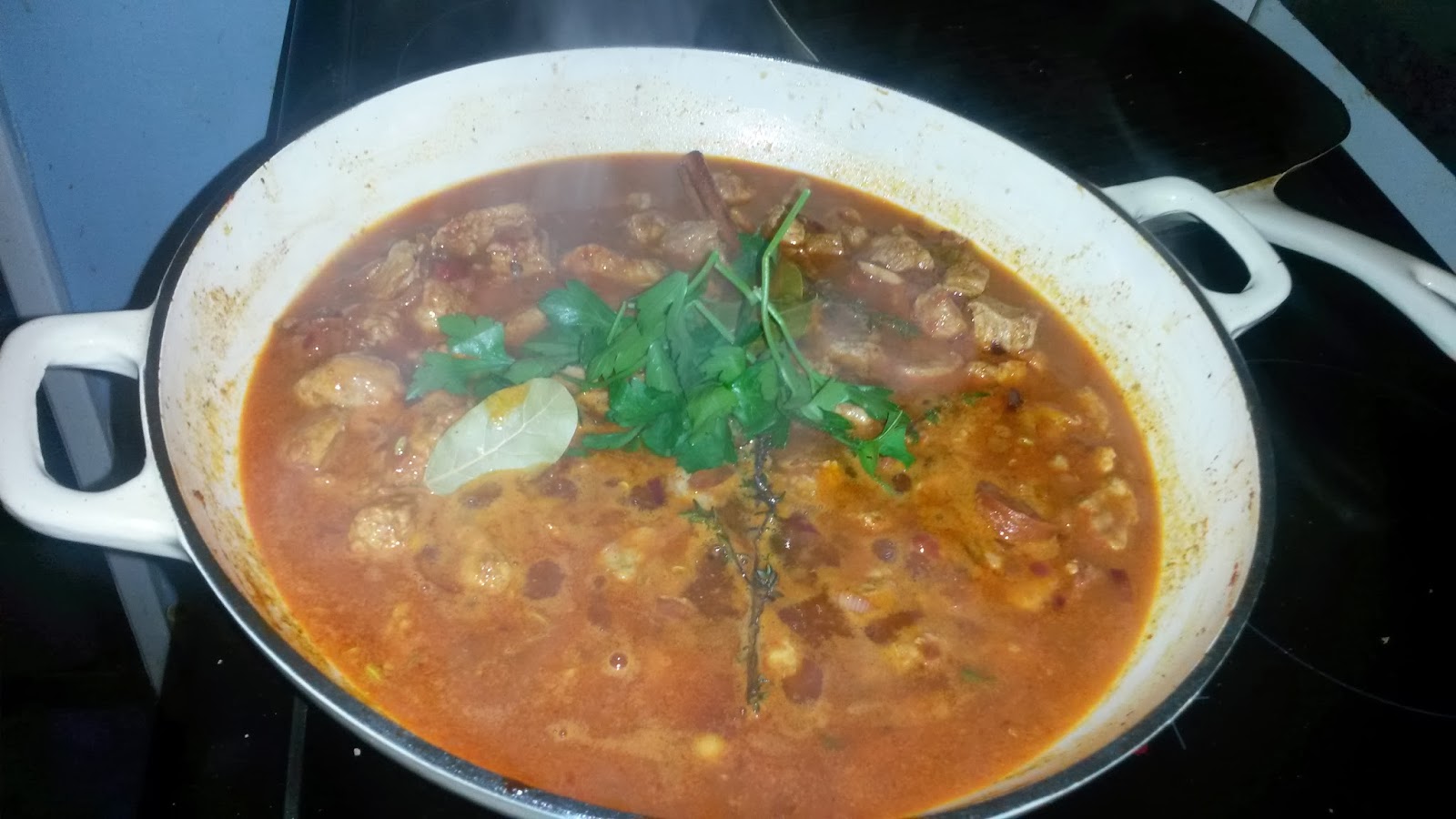 Throw in a little Parsley, the Thyme and the Bay leaves and put the lid of your pan on top and leave it off a tad, like this. 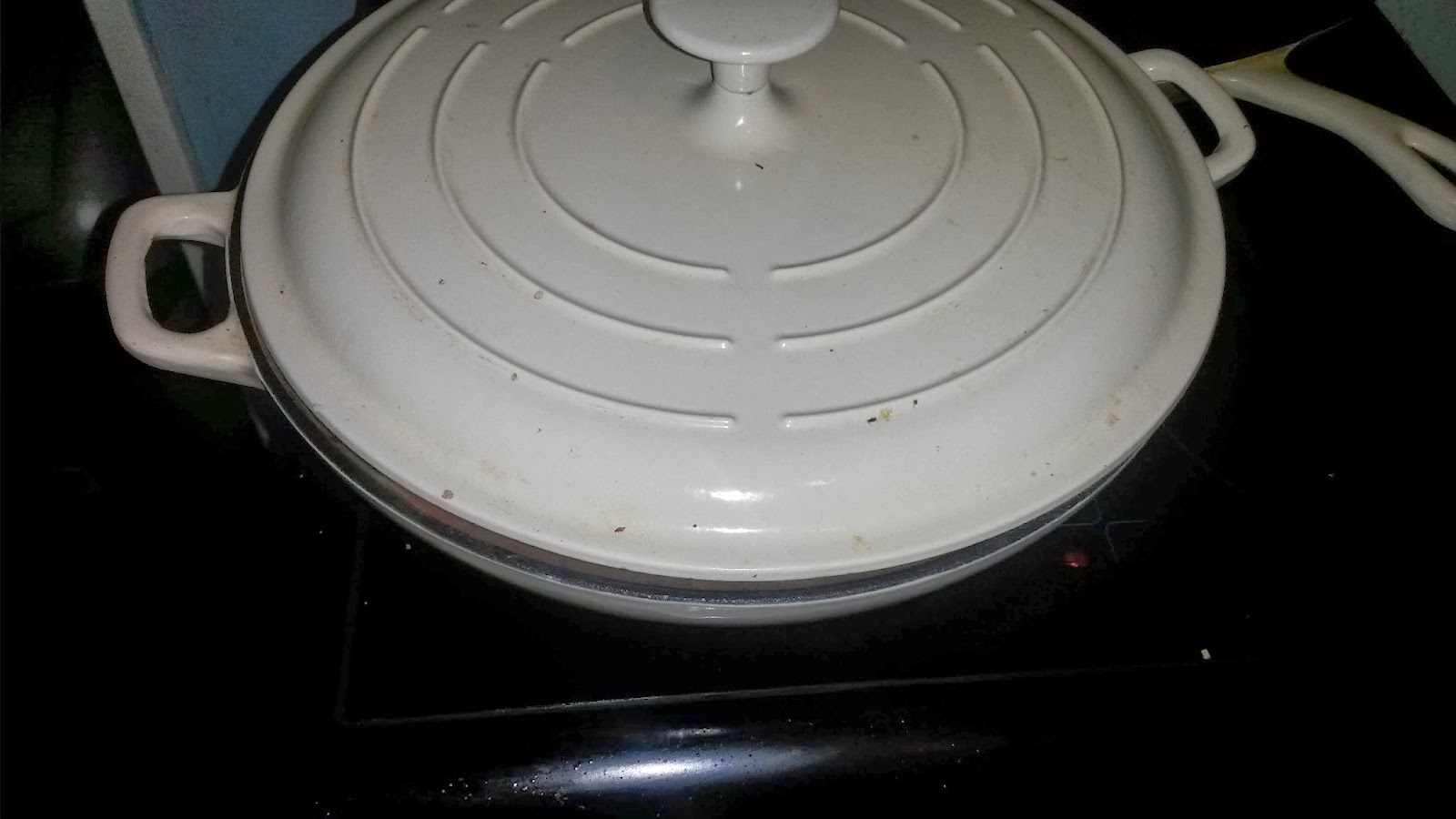 Leave it on a low heat for 40-45 minutes and when it's done throw in the Mushrooms and add the Sour Cream (make sure the heat is off, or it may split) 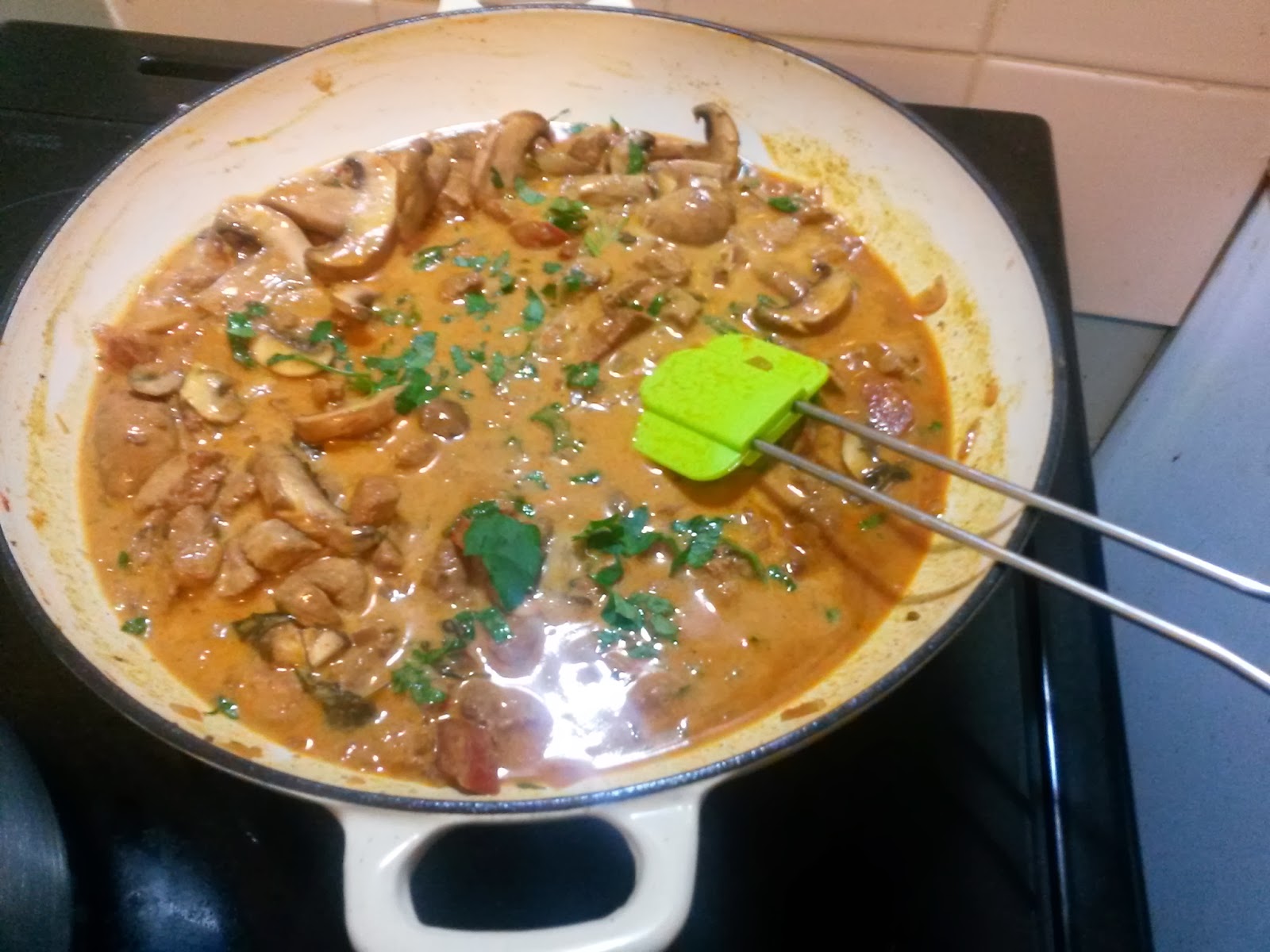 And there you have it! A great way to use Paprika! Have a try yourself? And don't forget to send your pictures to @spurs_cook

If you wish to enter the competition use #spicetrail

Thanks again and see you soon 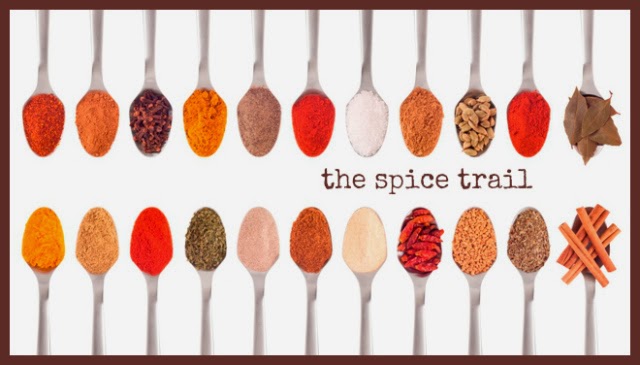 Hello again everyone! This post is a special post to me. because it's for @swallowcharity's competition a fantastic charity who helps people with learning difficulties. This is a great competition too, what they do is give you three ingredients and you have to come up with a dish which shows them off and this will really motivate your cooking too. The winner gets chosen and their recipe may be added into their cook book? This also raises awareness of the charity and helps a good cause... Well this month is Tomatoes, Pork and Sweetcorn....I thought simplicity is key here? So I decided to do something a family can enjoy or one person can do on his or her own? Well here is my recipe for Pulled Pork Wrap with Tomato and Chorizo salsa and sweet sweet Sweetcorn.... First things first you need the pulled pork..... I used four Pork shoulder steaks. I placed them in a heavy pan and seasoned in a paprika, cumin, cayenne chilli powder and Fennel seeds all one tablespoons excep
Read more 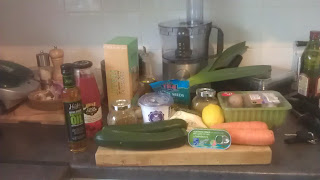 Another great weekend! I have participated one of my favourite recipes which I did nearly a year ago now and it's a very healthy version which uses hardly no oil at all! If you want to be extra healthy of course use Whole Wheat Tortilla bread or even Turkey Steaks? Well I've got another blog on and many thanks to everyone who reads them! This time I've done an ex legend closes to the country I could get it to! I've done my dish today Chicken Fajitas and trust me these are fresher, less greasy and damn right tasty!! OK so who did I do a famous Tex-Mex dish on...well Spurs have had no one in particular that has been Mexican? Well Dos Santos wasn't with us long enough....so I did one on a Spanish talking player who scored an iconic goal which was arguably one of the best F.A. Cup goals in the competitions history!! Ricky Villa scored that very goal...I'll get a tribute going to him very soon. The ingredients for the Chicken Fajitas are your usual....if
Read more